by Larry Cory
Cheltenham’s Ciara Andrews scored 10 points in the final 34.3 seconds last  night as the Panthers rallied to beat Bangor 65-63 at the buzzer in the opening round of the Class AAAA state playoffs held at Easton Middle School.
After Bangor’s Brianna Bisci made the front-end of a pair of free throws, giving Bangor a 63-60 lead with 19 seconds to play, Andrews, the game’s high scorer with 32 points, nailed a three-pointer to tie the game and then stole an in-bounds pass and scored as the buzzer sounded for a 65-63 win.
Andrews heroics ended what could have been Bangor’s finest moment of its finest year. The Slaters had clearly outplayed the state’s sixth-ranked  AAAA team for much of the game. Except for 28 seconds in the second quarter,  the Panthers never held the lead again until the final second.
Putting the loss aside, the Slaters put on a basketball clinic.  Coach Dale Godshalk’s Slaters scored from outside and inside, moved the ball patiently when they needed and pushed the ball up court when the opportunity arose.
Bisci opened the game with a trey and later hit a pair from the line for an early 5-0 lead. The Panthers eventually tied the game and led briefly, but the Slaters were not going away. Near the end of the first half, Samantha Hopkins hit the second of her trio of threes, giving Bangor a 32-27 lead. Morgan McCollian added a free throw at the end,  giving the Slaters their biggest lead of the game at 33-27.
The Slaters carried that momentum into the second half, going on a 8-0 run. Audrey Schiavone hit a pair from the line, Bisci scored on a driving lay-up and shortly thereafter made a good  pass to McCollian for a lay-up. Schiavone ended the run on the end of a fast break on another assist from Bisci for a 41-27 lead.
Schiavone’s three to start the final quarter, gave Bangor its biggest lead of the game at 52-37 with 7:47 to play.  Cheltenham then switched to an aggressive, half-court,  trapping defense which led to  a 15-2 run, cutting the Slaters lead to 54-52 with 3:12 to play.
Bangor regained its composure and took a 60-53 lead with 58 seconds left in the game on Bisci’s free throw. Two free throws by Hopkins, moments later, had the Slaters up 62-55 when Andrews went on her unforgettable stretch of 10 points in less than a minute to end the Slaters’ season.
Bangor ended its season with a 22-7 record and a season that will rank high in the annals of Slater basketball history.
The Slaters shot very well, making six from behind the arc and sinking 23 of 29 free throws. Bisci led the Slaters with 16 points, and several assists, Schiavone scored 15, Hopkins 13 and McCollian 11. 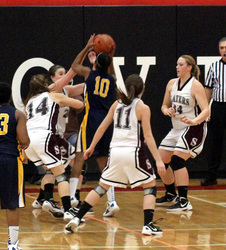 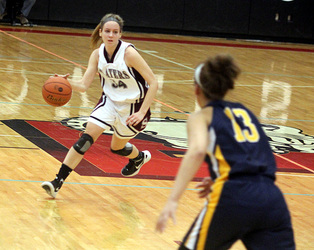 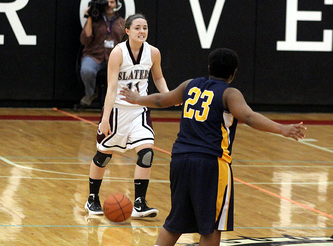 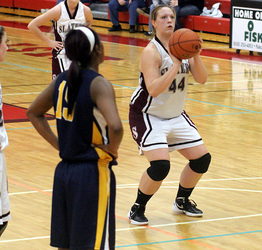 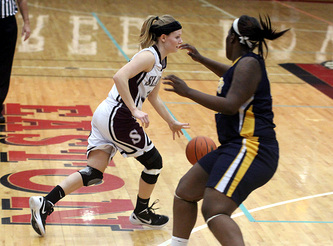 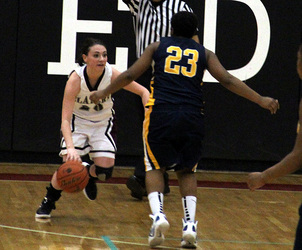 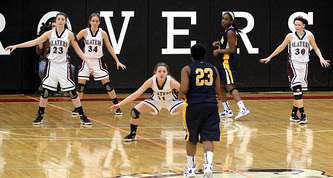 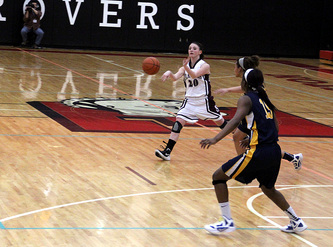 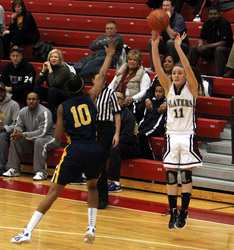 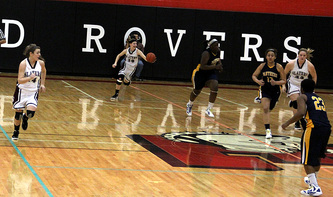 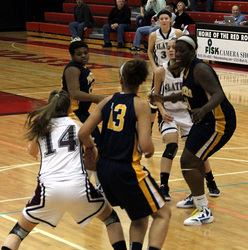 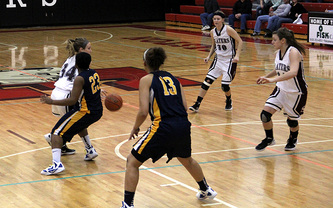